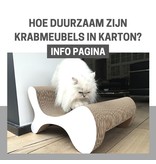 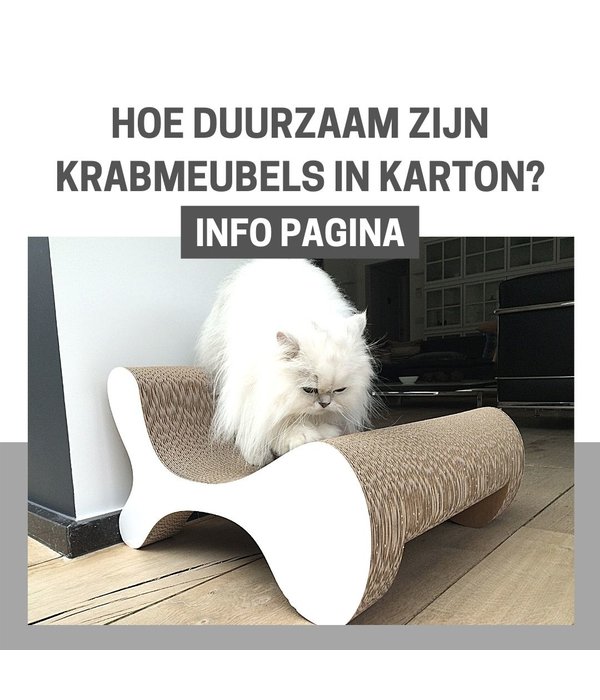 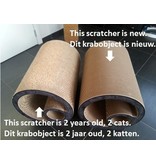 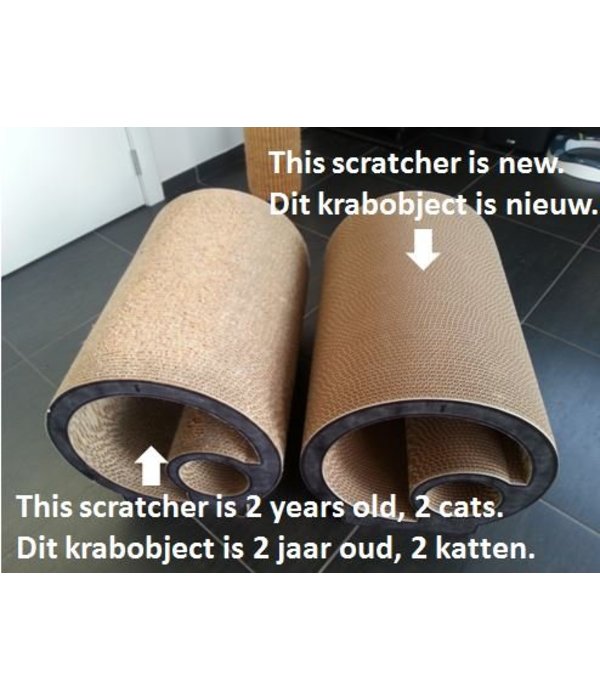 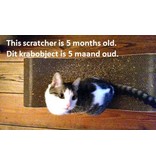 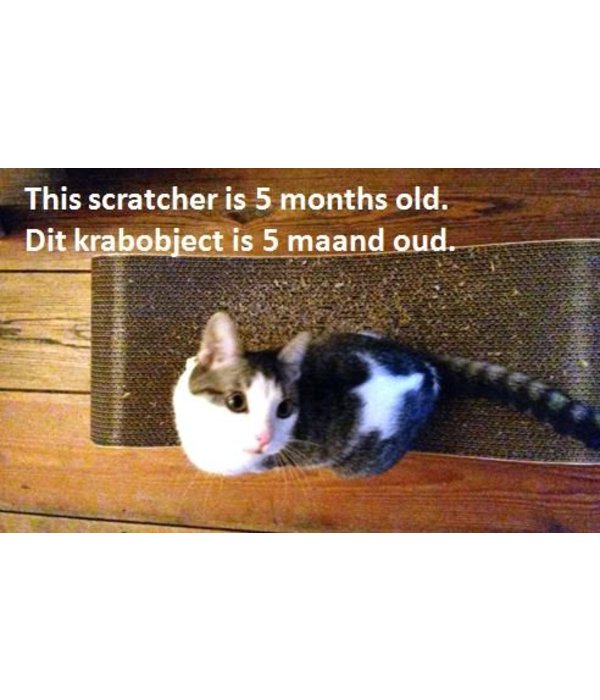 INFO: How durable are cardboard scratchers?

How durable are cardboard scratchers?
Scratching furniture in cardboard are more durable than you think.

Some experiences:
- The Tronc model, with 2 cats who had several scratching spots in the house and their nails were cut regularly, had to be replaced after 2.5 years.
- And this is how this Rond Point looked after being used for 2 years by two British Shorthair. They had several scratching posts available. You see him left, next to the new Rond Point. As you can see he's still a good scratcher for the cats, but the owners chose a replacement: 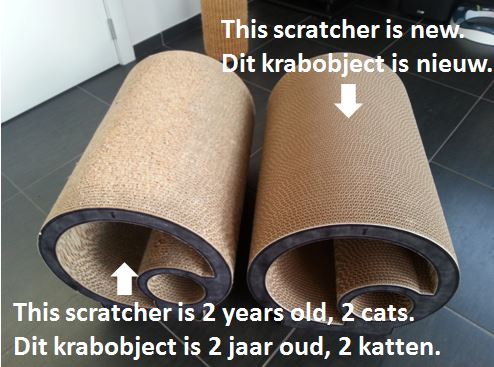 - This is a Le Ver after being utilized 5 months by this very active teenager. As you can see he is already heavily used, but still a good scratching furniture: 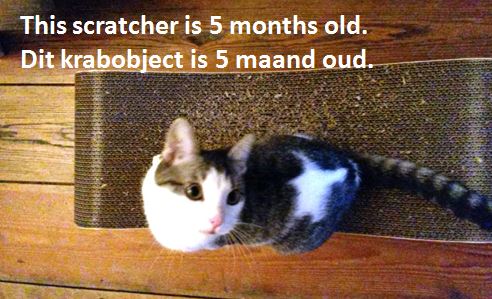 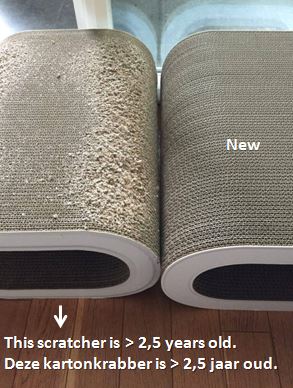 Tips:
-Does the cardboard scratcher look worn out and you want to replace him, but your cat can still use it to scratch? Give him a 2nd life!
=> Put him in a different location along a walkway. A less conspicuous place, such as in a hallway or bedroom, for example. Your cat then has an extra scratching spot.
=> Or PIMP your cardboard scratcher! Here you can see a very nice creative example: click here
- Does your cat eat board? Not many cats do, but there are always exceptions. In that case a cardboard scratcher is not suitable for your cat.

0 stars based on 0 reviews Add your review 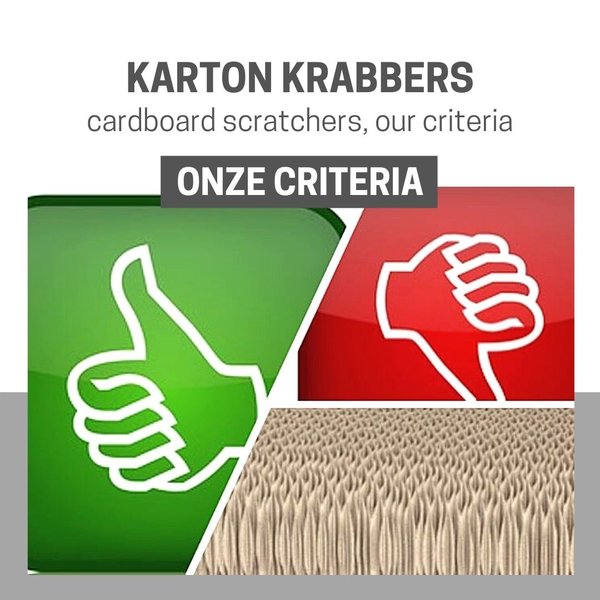