Home INFO: High feeders for large dogs... yes or no? 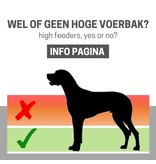 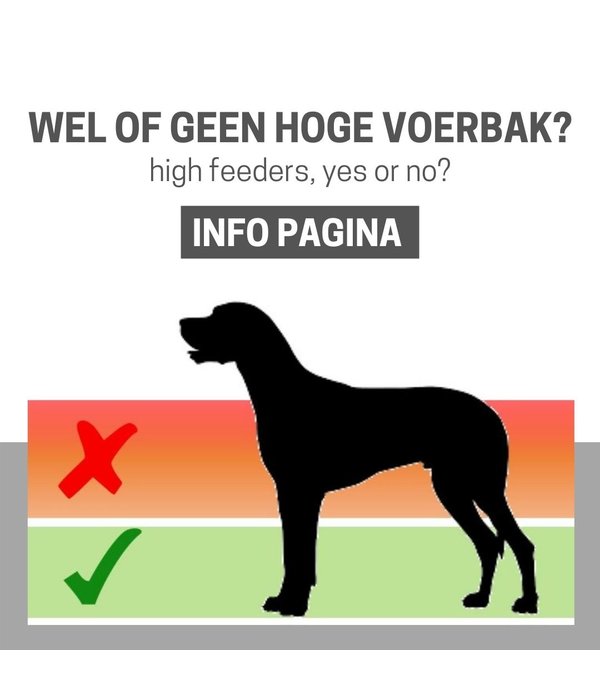 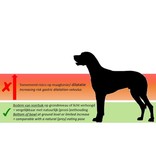 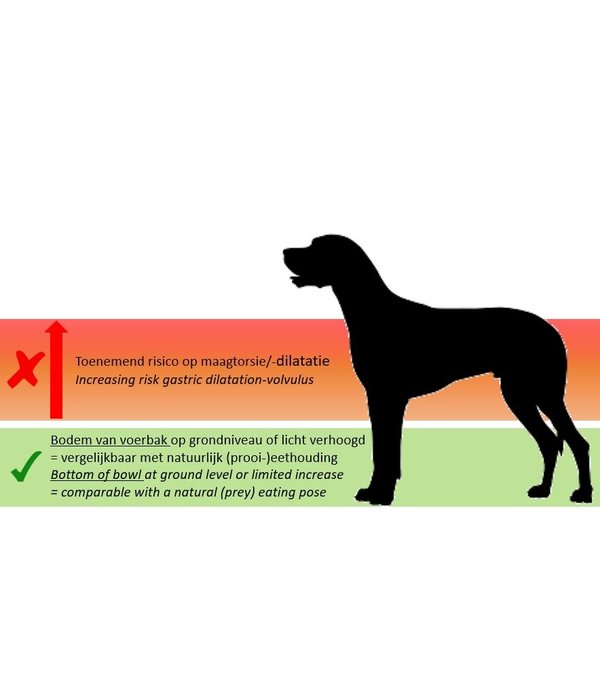 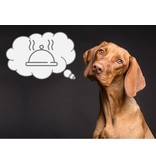 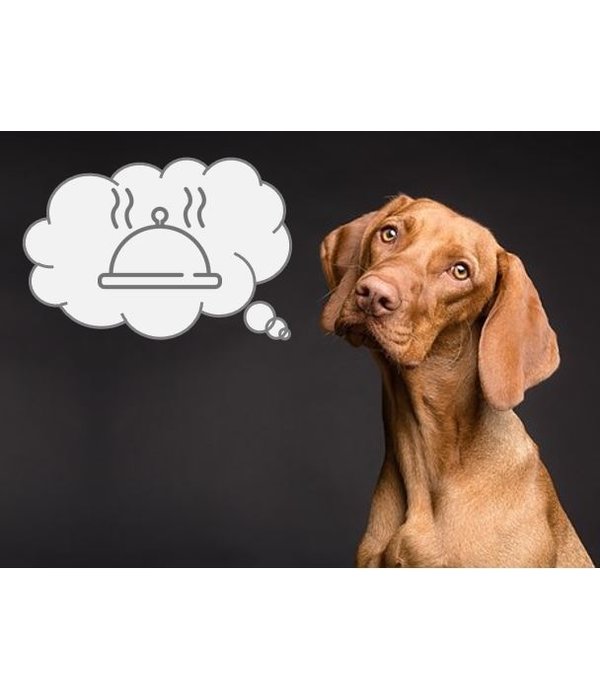 INFO: High feeders for large dogs... yes or no?

We are often asked whether or not it is better to offer a large dog their food ‘elevated’. This does not mean the difference between "on the ground" or with "a modest elevation", such as the traditional simply raised feed, but at a height in relation to the withers.
We therefore investigated for you.

Despite the fact that it is often assumed that large breeds are advised to eat 'at a height relative to the height at the withers' (abbreviated to 'at height' in this text), it appears that little or no research has been done into it in practice .
So it is unclear where the assumption that eating ‘at height’ would be better is based on.

Studies into gastric dilatation-volvulus have shown that eating ‘at height’ is one of the causes. For example, in the largest study that took place (published in 2000, in which 1634 large dogs participated) it was found that 20% of large dog breeds and 52% of giant breeds had these stomach problems due to eating from elevated bowls.
Of course there were also other risk-increasing factors to get a gastric dilatation according to this study, namely:
• Higher age
• Descend from large or giant breeds
• Direct family with a history of gastric dilatation (littermates or parents, it is therefore not recommended to breed with dogs that have had a stomach torsion or dilatation)
• Eating to fast
• Eating 'at height'

Of course, there may be specific medical conditions in which your veterinarian recommends giving food 'at height'. Consider, for example, certain shoulder disorders or hernia in the neck where the dog is in pain when he points his head to the ground or in dogs with megaesophagus (paralysis of the esophagus). In that case elevated feeding is part of a treatment plan.

To reduce the risk of gastric dilatation-volvulus it is important that large breeds don’t eat big portions at once (so better to feed 2 or 3 times a day), eat slow, don’t drink large amounts at once, no activity after a meal, no elevated feeding in relation to the withers, not combining dry food and water.
If you have a large or giant dog, it is always advised to discuss the options with your veterinarian, because medical prevention measures are also possible.

We hope that we have already given you more insight,