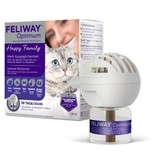 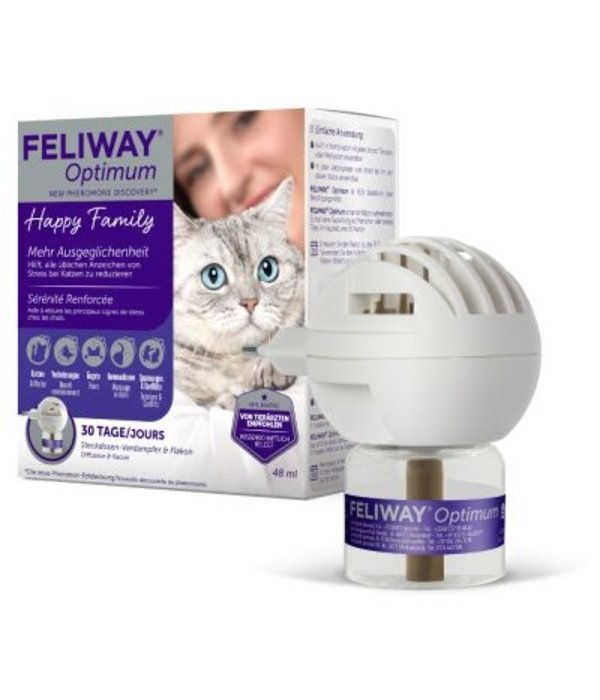 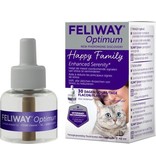 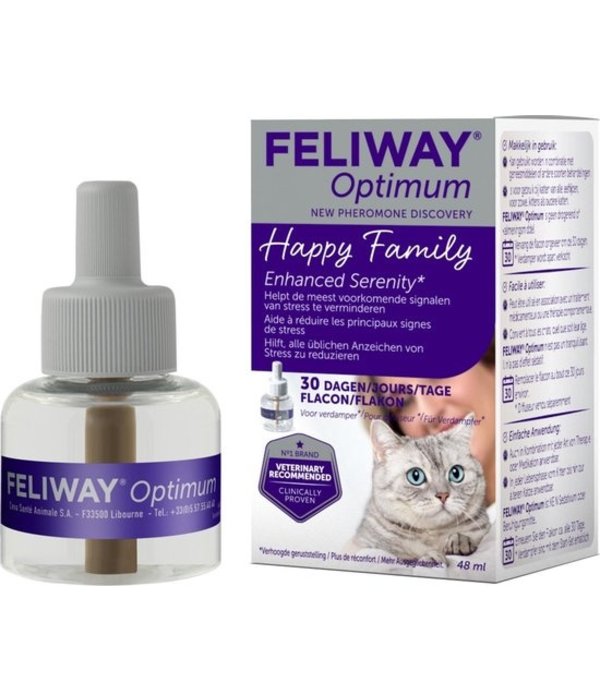 Not yet rated | Create your own review

Through pheromones, which they spread by glands in cheeks and flanks (you know the typical rubs given by cats), cats communicate.
Some pheromones they produce and distribute are unique to each cat, but some are identical for all cats.

Some of the common pheromones could be reproduced syntheticly: the pheromones that a cat needs to smell, to feel safe and reassured.

Some situations in which Feliway can support: moving, new cat / animal (introduction), new furniture, home after being admitted to the clinic, or when spraying or other marking-issues...
Note: for behavioral problems, this product will rarely be the solution, but it can be a support / tool for behavior therapy.

The diffuser is used indoors and will last approximately four weeks. The spray can be used both indoors and outdoors.

0 stars based on 0 reviews Add your review 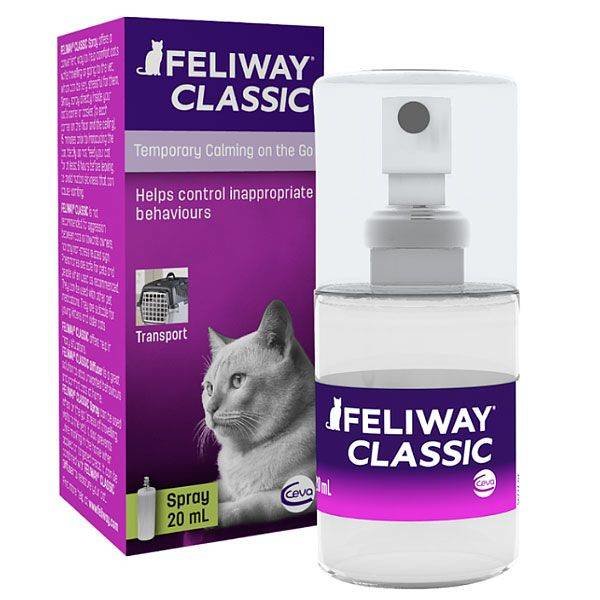